The Solf Circle was a group of German intellectuals who gathered regularly to discuss the evils of the Nazi Regime and how Germany would eventually recover from the rule of Adolph Hitler. The Solf Circle was founded by Johanna Solf, widow of the German ambassador to Japan under the Weimar Republic, and her daughter, Countess Lagi von Ballestrem-Solf. Other members of the Solf Circle included Countess Hannah von Bredow, Count Albrecht von Bernstorff, Father Friedrich Erxleben, a Jesuit priest, Nikolaus von Halem, a merchant, Otto Kiep, a high official in the German Foreign Office, and Elisabeth von Thadden, the headmistress of a very well renowned Protestant girls’ school in Wieblingen, Germany.
​
The Solf Circle actively hid Jewish Germans in their homes and aided them in fleeing to safer countries by procuring falsified documents for them. They also interacted with groups such as the Kreisau Circle in order to hinder the Nazi war effort. The Solf Circle group is most known for the social gatherings often held by Johanna Solf, during which information vital to the anti-Nazi movement would be shared.
​Elisabeth von Thadden grew up in a German family of noble lineage and founded the Evangelisches Landerziehungsheim für Mädchen, the school of which she was also headmistress. She grew this school into a very popular institution. However, she willingly gave up her school when the Nazi Regime removed her from her position of power because she refused to remove Jewish students from her school and because the Nazi Regime determined that she was not providing German youth with a Nazi-aligned education. Since she could no longer run her school, Elisabeth von Thadden became a nurse for the Red Cross, caring for wounded German soldiers, but all the while she was participating in the Solf Circle and other resistance efforts. 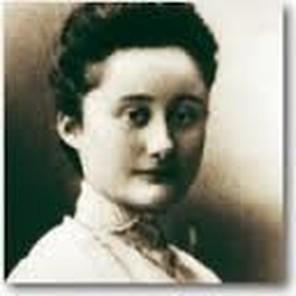 Elisabeth von Thadden
On September 10, 1943, Elisabeth von Thadden used the occasion of her birthday as a cover to hold another gathering of the Solf Circle. Unfortunately, she invited a Swiss doctor named Paul Reckzeh to the meeting. Most of the Swiss population were strongly against the Nazi regime, and Reckzeh professed that he shared the sentiment. However, he was in fact working undercover for the Gestapo and he reported all of the people present at Elisabeth’s party to the Gestapo office.
​
The members of the Solf Circle were arrested and brutally tortured and interrogated. Johanna Solf and her daughter, Countess von Ballestrem-Solf, managed to keep their lives because the Japanese ambassador, who had known Johanna Solf’s husband when he served as German ambassador to Japan, interceded with the German government on their behalf. Most of the others, including Elisabeth von Thadden, were executed. Elisabeth von Thadden was beheaded by the German government at the Plötzensee Prison on September 8, 1944. She was 54 years old. Her last words were “Put an end, Lord, to all our sufferings.” 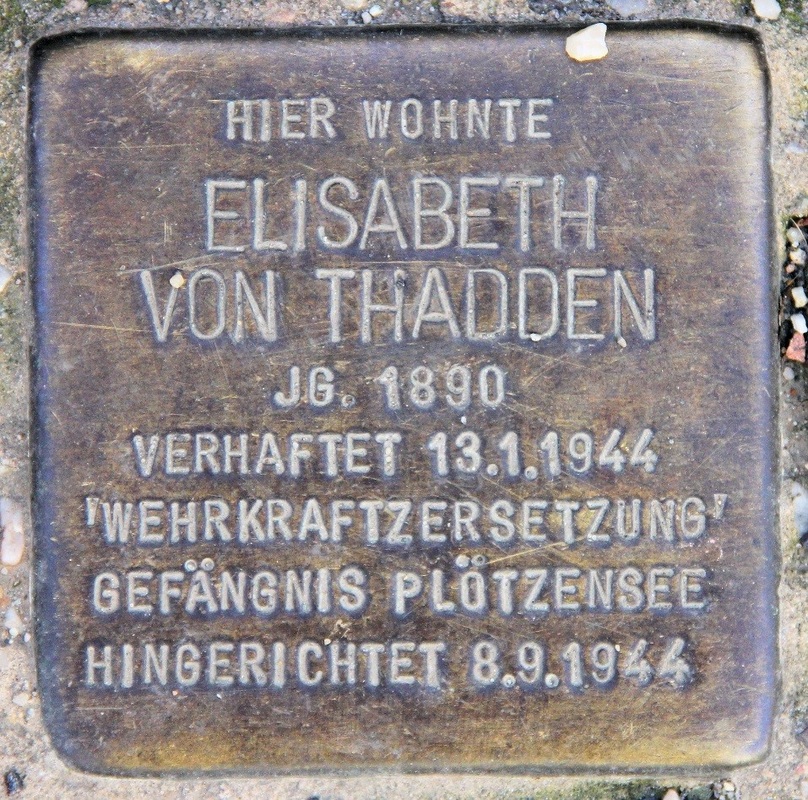 ​After the war, Elisabeth von Thadden’s family and friends interred her ashes on the grounds of her school, which was reopened with the name Elisabeth-von-Thadden-Schule and runs to this day, still teaching the code of ethics that Elisabeth gave her life for. 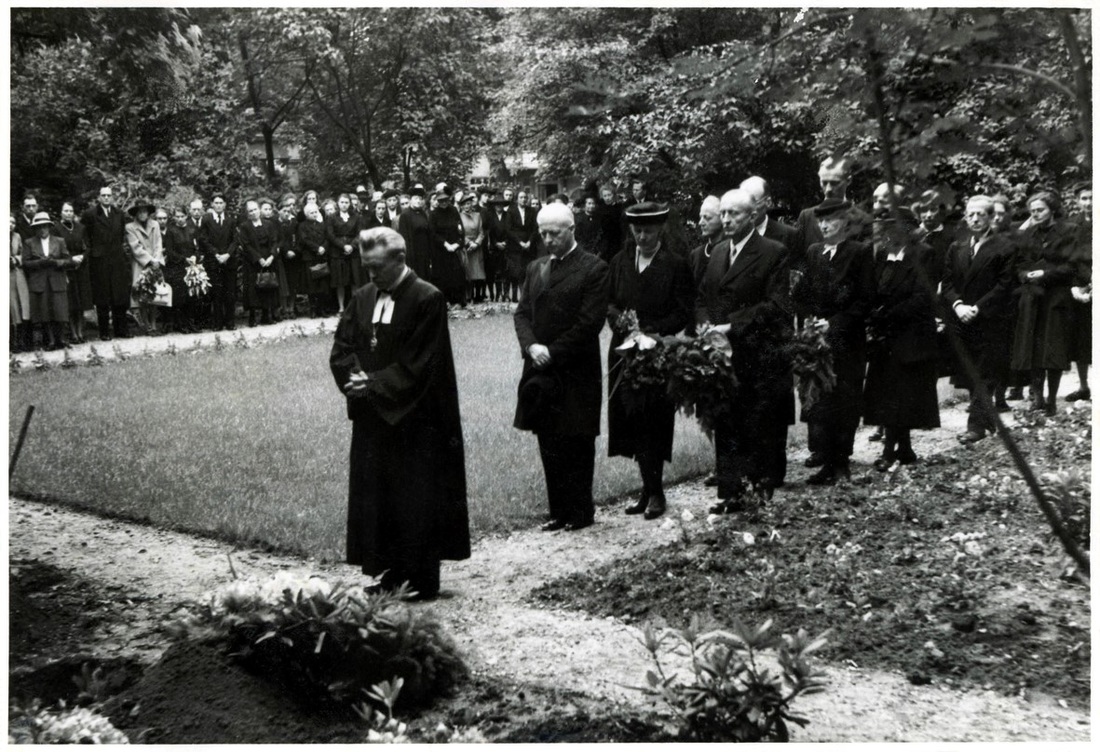 Memorial service for Elisabeth von Thadden
​Could you sacrifice everything you had ever accomplished and your own life in order to help people with whom you have no real connection? Elisabeth von Thadden did that, and is remembered today for her sacrifice and for being unafraid to speak her mind and to do what was right.